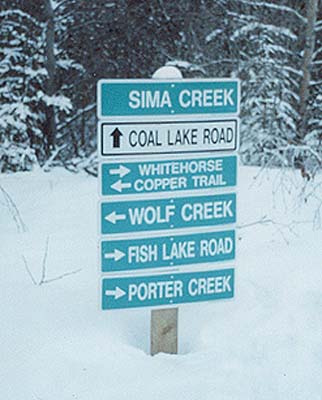 The Copper Haul Road is the “main line” of the The Great Trail for the Whitehorse area.  It is a class 3 trail running north/south just west of urban Whitehorse.  The trail is designated “multi-use”, so users should expect to be sharing the trail with snowmobilers, skiiers, dog teams, hikers, bikers, horses, ATVs, and more. One survey suggested that nearly 90% of Whitehorse residents have used this multi use trail network in some way or another.

The Copper Haul Road is routed through a copper belt which was actively mined from 1898 until 1982. Copper was first noted in the area in 1897 by prospectors on their way to the Klondike Gold Rush, and the first claim in the copper belt was staked in July 1898.  By 1907 nearly 4000 tons of copper had been mined from the area and sent to smelters down south.

Many famous Yukoners were involved with these early mines.  John McIntyre discovered the first high grade copper in the area in 1898, and now has McIntyre Creek, Mount McIntyre, and the McIntyre subdivision named in his honour.  William Granger came to the Yukon in 1899, and acquired a controlling interest in John McIntyre’s Copper King mine.  The Granger subdivision and the 6500′ Mount Granger are named after him.  Sam McGee, made famous by the Robert Service poems, was the original staker of the War Eagle Mine. Norman Macaulay was a well known tram operator and has the Macaulay Lodge retirement centre named after him.  H.E. Porter staked the largest mine, Pueblo, and now has Porter Creek and the Porter Creek subdivision named in his honour.

The Copper Haul Road was originally constructed in 1909 as a spur line of the White Pass and Yukon Route railway to service these copper mines.  When this railway shut down, the railway bed was converted to a gravel road to provide continued access to the remaining mine sites. When the last copper mine shut down in the early 1980s the route was once again recycled, this time into a multi-use recreational trail.  Today this trail is an official part of The Great Trail, and serves as the main line of trail connecting several multi-use trail networks around Whitehorse from Fish Lake Road in the north down past Wolf Creek in the south.

Main access to the trail is via the staging areas on the Fish Lake road and Mt Sima road, as well as several “Urban Connector” trails that lead to various residential areas of Whitehorse.  Most of these trails are multi-use, however please be aware that some sections have been designated non-motorized only trails.  Also, due to the area being a popular route for several winter sport groups, please note wheeled vehicles are not allowed on the Copper Haul Road (and most other Whitehorse area trails) from November 1st through to March 31st of each year.  Please respect this rule (which is backed by the City of Whitehorse), as all it takes is one wheeled vehicle to wreck the snow base on this popular trail for weeks.

Every winter, K.S.A. volunteers spend countless hours grooming the Copper Haul Road as well as many of the trails to and from it.  In addition, all of the signage, most of the staging area maintenance, and the general trail maintenance is done by our volunteers with occasional help from some generous local contractors.  The City of Whitehorse plows the staging areas, does the gates, and is now responsible for the maintenance of the bridges over Sima Creek and Wolf Creek.  For more information on supporing our volunteers or becoming a volunteer, please check out our Membership page.

Some Points of Interest along the Copper Haul Road include: 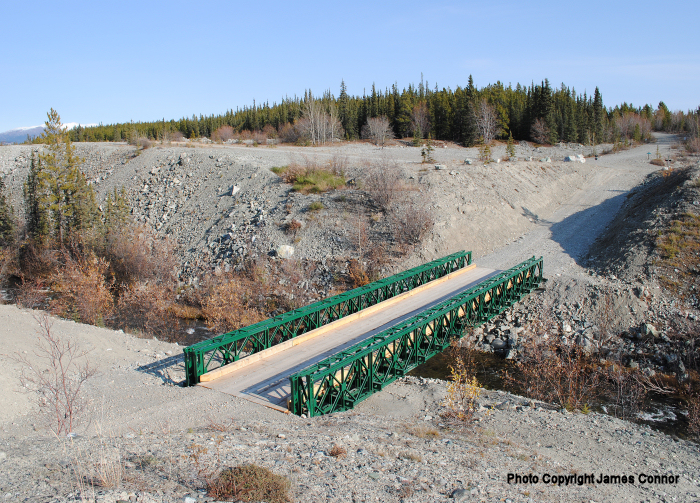