Snowmobilers care about our wildlife and our environment…

Contrary to popular belief, today’s snowmobiles actually have a surprisingly small impact on our environment.  Most of the ground, water and vegetation that snowmobiles travel over is frozen and protected by a layer of snow.  Snowmobile manufacturers spend millions of dollars designing and engineering their snowmobiles to stay on top of that snow, and as a result most modern snowmobiles actually exert less pressure on the ground than a person walking. To further reduce environmental impact, the Klondike Snowmobile Association encourages all of our members to make use of pre-existing trails whenever possible, and to avoid any areas designated as environmentally sensitive.

In recent years snowmobile manufacturers have also made significant improvements in the air quality department. Almost all snowmobiles currently in production make use of on board computers and either four stroke engines or direct-injection two stroke engines, both of which are significantly cleaner and more efficient than the traditional two-stroke snowmobile engines of decades past.

For many years local and national snowmobile associations have also been active participants in dozens of wildlife protection initiatives and campaigns across the country, most of which are proving to be successful.

Canadian Snowmobiling and the Species at Risk Act

The Species At Risk Act is a major step forward in protecting our environment and the Canadian Council of Snowmobile Organizations (CCSO) supports the general intent of this Act. The goal is to be actively involved in protecting and preserving Canada’s natural treasures including species at risk.

Snowmobilers are committed to the environment as active participants. In surveys, snowmobilers consistently rank “being one with nature” and “viewing the scenery” as some of the most compelling reasons to be outdoors in winter and that’s why, both individually and as a group, we are so attuned to respecting our environment and keeping nature beautiful.

Snowmobile clubs have been active stewards of the Canadian environment for decades, investing time and money in preserving our natural heritage. The snowmobile community has invested millions of dollars in expense, labour and time developing trail networks in every province and territory, and many of them have also been very active in building and promoting the Trans Canada Trail. Canadian Council of Snowmobile Organizations members are committed to working with government ministries and agencies to build and maintain trails that meet or exceed all applicable environmental specifications and regulations, avoid environmentally sensitive areas, protect waterways, and respect nature.

Properly managed snowmobiling has very little impact on the environment. Multiple studies demonstrate the low impact of snowmobiling on many species. In point of fact, for some species of plants and animals humans on foot can actually have a greater impact than humans on snowmobiles. There is also evidence that the creation of trails can benefit large animals especially in times of deep or drifted snow.

Most of today’s organized snowmobiling occurs in designated areas and on defined and organized trails, which comprise a comparatively small footprint compared to the overall Canadian land mass. Moreover, snowmobiling only occurs during the winter when the earth is protected by a blanket of snow and ice, mitigating impact on plants and earth. When winter is over and the snow melts and our snowmobiles are put away, most snowmobiling areas return completely unharmed to their natural state. 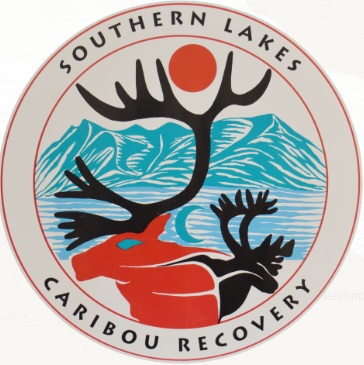 The southern lakes region of the Yukon is home to many unique people, but it’s also home to four unique herds of Woodland Caribou: the Atlin, Carcross, Ibex, and Laberge herds.  At one point in history these herds had thousands of caribou each, however after many years of humans hunting them and encroaching on their habitat their population numbers began to decline.  By the early 1990s it was noted that some of the caribou herds were down to only a few hundred animals, and would soon disappear entirely if action wasn’t taken.

Herd monitoring and recovery efforts are still ongoing.  The Klondike Snowmobile Association encourages all snowmobilers to please do their part to help protect the caribou…

For more information on Woodland Caribou please visit https://yukon.ca/en/woodland-caribou, and for an interactive story map about the Southern Lakes Caribou check out http://yukon.maps.arcgis.com/apps/MapSeries/index.html?appid=94e97fc1c92142e0b1b263d71e3355b0.